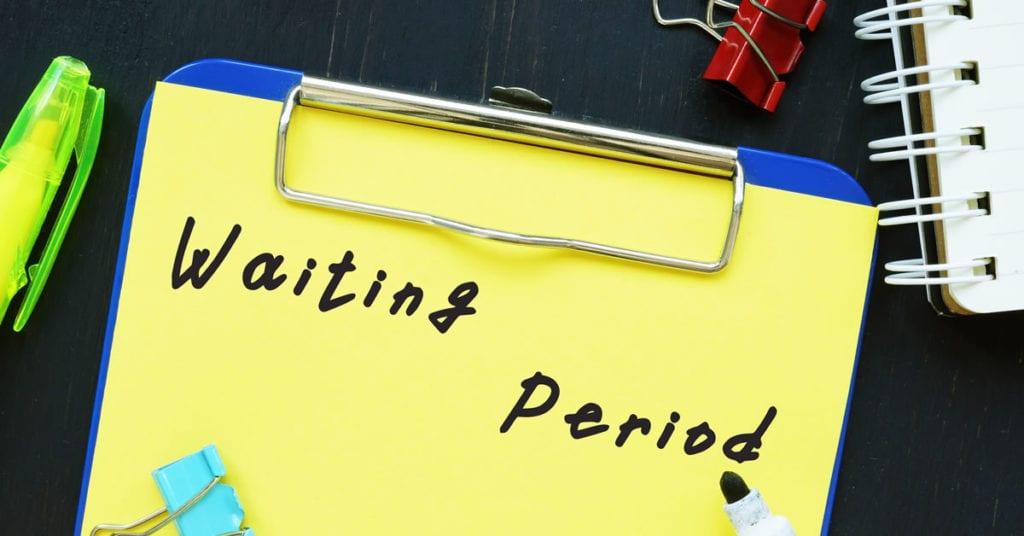 You are 100% sure that it’s time to end your marriage. No, make that 1,000% sure. Maybe he cheated. Maybe she promised to change but didn’t. Maybe this has been a long time coming and today is the day you march down to the courthouse to file your divorce paperwork.

Not so fast. Depending on where you live, your state may require you to legally separate for a specific period of time before you are allowed to get divorced. This waiting period usually lasts between six months and a year, though some states require a two-year waiting period. As you begin to plan for your divorce, it’s important to understand the laws of your state and to prepare for a legal separation if that is what your state of residence requires.

Why Do Some States Require a Legal Waiting Period Before a Divorce?

Let’s start by acknowledging that the majority of states do not require a legal separation period before a no-fault divorce. (The vast majority of divorces are no-fault divorces.) However, a number of states want to make sure you’re serious about ending your marriage before you follow through with the deed. They require a waiting period so that both parties have plenty of time to cool down and have the chance to reconcile.

Whether or not you agree with these laws you still have to follow them unless you want to try and divorce in another state. If it makes you feel better, several waiting period states allow you to speed up the waiting period if both spouses want the divorce.

What Is Legal Separation?

If your state requires a legal separation, then it’s important to understand what that means for you during this period of time. In many ways, a legal separation mimics a divorce. You and your spouse will live in separate homes and legally separate your finances. That means you won’t be on the hook if your spouse opens a new line of credit and your income will no longer be counted as marital property if you live in a community property state (which is a whole other conversation). You and your spouse will also divide your marital assets and work out a child custody arrangement during your separation. If the two of you can’t come to an agreement, you can even go to court and argue your separation case in front of a judge.

Truly, the only difference between a legal separation and a divorce is that during a legal separation you are still legally married to your spouse. If you should reconcile, you can continue on with your married life. Divorce, on the other hand, is permanent.

So, while a waiting period can be frustrating, you’ll still get most of the benefits of a divorce during your legal separation and you’ll also get the space you need to make sure divorce is the right option for you. That can be cold comfort to some spouses who are eager to turn the page on their marriage and start a new, post-marriage chapter of life. In these cases, consult with a divorce attorney. You may have additional options, especially if your spouse is willing to play nice. For example, Vermont requires a six-month waiting period, while next-door New Hampshire allows same-day divorces and has no minimum residency period. An experienced divorce attorney can help you determine the best divorce option depending on your situation and your goals.

Does My State Have a Waiting Period Before Divorce?

Here is a complete list of states and their waiting periods/legal separation policies before divorce:

Get all the answers you need to decide if divorce is the right option for you at the next Second Saturday Divorce Workshop.

Find the closest workshop in your area.