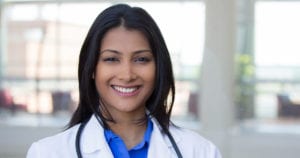 Common wisdom may lead to the assumption that doctors are ripe for divorce. After all, they tend to work long hours and experience a high level of stress on the job. Certain doctors, like ER physicians and gynecologists, may need to rush off to work in the middle of the night to save a life or bring a new one into the world.

That’s why it’s surprising that a study published in the BMJ found that doctors have a lower divorce rate than almost all other medical care workers and significantly lower than the general public. The authors of the report conducted surveys of 200,000 healthcare practitioners, including over 40,000 physicians between 2008 and 2013. They found that physicians experienced a divorce rate of 24 percent, whereas 31 percent of healthcare executives and 33 percent of nurses experienced divorce. This compares to a general 35 percent divorce rate among the general public.

Why Are Divorce Rates Lower Among Doctors?

Why do physicians enjoy a divorce rate a whopping 10 percent lower than the general public? Research has shown that education level is one of the largest correlating factors to the likelihood of divorce. The higher your education, the lower your chance for divorce, and doctors are some of the most educated people on the planet.

Financial stress is also regularly cited as a top contributing factor to divorce, something many well-paid physicians and their spouses don’t often worry about. (If financial stress is one of the reasons behind your divorce, learn about Dividing Debt in Divorce.) Finally, divorce rates have been dropping noticeably over the last decade. One report lists a per capita divorce rate of 0.47% in 1991 dropping to 0.36% in 2010.

Female Physicians Are the Exception

The BMJ report seems like it’s good news for the marital bliss of doctors everywhere. Not so fast. On particular group defied these positive statistics. The study found that female physicians were almost one-and-a-half times more likely to be divorced than their male counterparts. The likelihood of divorce increased for female physicians who reported working over 40 hours per week.

A lead author of the study, Dan Ly explained, “We believe that the higher incidence of divorce among female physicians stems from the greater tradeoffs they are forced to make to achieve work/life balance.”

There you have it. We ladies are still struggling to Lean In, no matter how much Sheryl Sandberg tries to help. For more important information on women and divorce, visit WIFE.org’s divorce article archive.

Nadia Shokohi MD, PhD. CDFA® is a Second Saturday Workshop Leader and former physician who made an unconventional career change to the financial services industry more than 10 years ago after her own divorce. With her own personal experiences and special expertise, Nadia’s mission is to provide women with the knowledge and tools they need to face the financial issues that come with big life transitions such as divorce, widowhood, and retirement. She also brings invaluable skills to provide doctors with the best advice and service available because she understands the unique challenges that only physicians face.