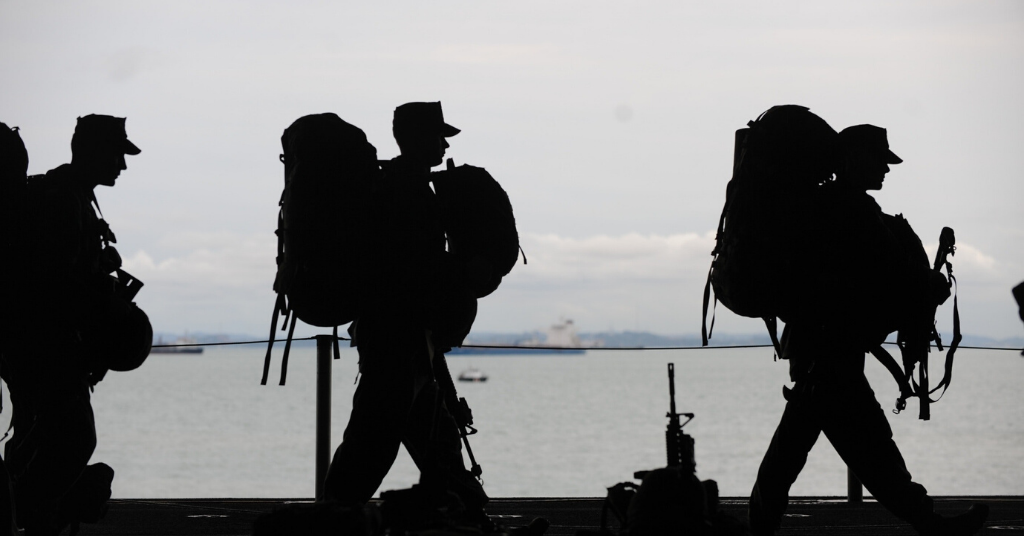 Going through a divorce is an emotional and overwhelming experience no matter your circumstances, but service members and military spouses have to contend with unique and confusing challenges. For example, what state should you file for divorce in? What if you can’t get to court because you’re on active duty? How will a military pension be divided? Military divorces are complex, but you can and will survive this! Here are the nine most important things you need to know if you are a service member or a military spouse contemplating divorce.

You Have Free Resources

It’s important to note that a legal assistance attorney cannot represent you in divorce court. You’ll need to hire an outside divorce attorney for that. They can, however, help you prepare for your divorce and are a great starting resource for all your military divorce questions.

When it comes to divorce, state laws can vary dramatically. For example, certain states require divorcing spouses to split their marital property down the middle, while others don’t. Some states allow for immediate divorce, while others require a separation period for up to year before the divorce can be finalized. Each state also has the power to divide the servicemember’s military pension in a divorce.

The state in which you file for divorce can have a big impact on the outcome of your divorce. Therefore, it’s important that you take this factor into consideration, especially considering how often military couples move. Federal law allows you to file for divorce in a state where either spouse has their legal residence.

Military spouses can often choose to keep their legal residence in their home state or to switch to the state where they currently live. It might be worth looking into the local divorce laws when considering where to place your legal residence.

You Have More Time If You Are on Active Duty

Divorce proceedings go hand-in-hand with deadlines. If you receive divorce papers from your spouse, you are legally required to respond within a certain amount of time, or your spouse could receive a default judgment in their favor. You may also need to show up to court to argue your case if you and your spouse cannot agree to a divorce settlement.

Servicemembers on active duty often do not have control over their own schedules. It can be difficult, if not impossible, to take time off, especially if a servicemember is deployed overseas.

Spouses of servicemembers should be aware that their divorce proceedings could take longer than normal, especially if their spouse wants to drag out the proceedings. A stay usually lasts at least 90 days, and the servicemember can request the court to extend the stay.

If you have been married to your military spouse for many years, there’s a chance that you can earn benefits from their service though The Uniformed Services Former Spouse Protection Act. These benefits include medical, commissary, exchange, and theater privileges. The qualification standards, however, are relatively steep:

Sound complicated? It is. If you think you might qualify for military spouse entitlements, check with your legal assistance office for more guidance.

One of the most common topics that comes up in a military divorce is the service member's pension. Servicemembers, understandably, want to keep as much of their pension as possible. Most spouses, on the other hand, believe they deserve a cut, especially because many military spouses don’t seek employment or are underemployed as a result of their spouse’s career.

To start, a servicemember who racks up at least 20 years of active service will qualify for a pension, which will provide a payment based on their earnings for the rest of their lives. Military pensions are considered marital property and can be divided in a divorce.

Does this mean you won’t get anything if you’ve been married to a servicemember less than ten years? No! The pension is always negotiable during divorce settlement talks, and a judge can also require a servicemember to pay part of their pension to an ex-spouse regardless of how long the couple was married.

You Have Options If You Outlive Your Spouse

Receiving a portion of your military spouse’s pension can help relieve your financial stress, especially if you stayed home and supported your spouse’s career while you were married. What happens, however, if your ex dies before you? The pension payments will stop.

One way to make sure you keep receiving funds is through the Survivor Benefit Plan (SBP). The SBP is a death benefit. The servicemember can pay into the plan, and when they die, their named beneficiary will receive payment from the plan. Remember, anything is negotiable during a divorce settlement, so if you want to keep receiving money, you can require your spouse to pay into an SBP as part of your settlement and to name you as the plan’s beneficiary.

If you are a military spouse living in installation housing, you will need to move out within 30 days of your divorce. This is an important factor to keep in mind as you plan your divorce. If you are initiating the divorce, make sure you have a place to go. You may also want to negotiate for moving expenses as part of your settlement.

If you are currently living at an overseas duty station, you may be able to get the military to pay for your moving expenses. Again, the legal assistance office can help you with this issue.

Military Spouses May Be Able to Retain Their Health Insurance

Healthcare is expensive, especially if a military spouse does not work or receive coverage through their employer. Certain, long-married military spouses may be able to keep TRICARE medical coverage, but they would have to have been married to their spouse for at least 20 years, 15 of those years overlapping 15 years of creditable service. The servicemember must also perform at least 20 years of creditable service.

If you don’t meet this difficult standard, there’s still hope. You may be able to buy into the Continued Health Care Benefit Program (CHCBP). Depending on how long you were married to your spouse and a few other factors, you may be able to stay with the CHCBP indefinitely or you may lose coverage after 36 months if your ex leaves the service. You should also know that the CHCBP is not free. As of the writing of this article CHCBP premium prices are $1,553 per quarter for an individual and $3,500 per quarter for family coverage.

If your employer offers health insurance, you may want to look into their plans to save on costs.

For most parents, the topic of child custody is the most important and often the most contentious, aspect of the divorce. Military couples face even more difficult questions. How do you determine a custody schedule when a servicemember may move across the country or even out of the country? What happens when the ex-military spouse wants to move home after the divorce and take the kids?

These questions will have to be answered on a case-by-case basis, and most divorced military couples do come to an arrangement that both spouses can live with.

Unfortunately, child custody negotiations can become contentious. Servicemembers may worry that the reality of military life could negatively impact their child custody claim. However, all 50 states include provisions to protect the rights of servicemembers in child custody disputes. These provisions vary by state—another reason to carefully consider your state of residence before your divorce! Depending on the state, these provisions can, for example, help ensure that previously approved custody orders are reinstated after a parent returns from active duty or deployment and that a servicemember’s necessary absences are not factored against them in custody battles.

To learn more about preparing for a divorce, sign up for the next Second Saturday Divorce Workshop near you.

To learn more about preparing for a divorce, sign up for the next Second Saturday Divorce Workshop near you.